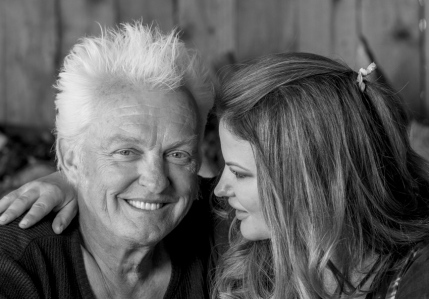 Peter and Lea were born in the same hospital in Vienna. They have met a few years later and are inseparable ever since.

Peter, coming from the world of music and Lea, as a fashion model,actress and lyricist soon became the so called ” Creative Dream Team”. They have two children, Nino Lestat and Gaetano Tiago.

Peter Wolf is a multi-grammy nominated, world-renowned composer, pianist, producer, songwriter and arranger. He has written eight #1 songs and produced, arranged and/or written for a wide range of musical talents including THE JEFFERSON STARSHIP (“We Built This City”) COMMODORES (“Nightshift”), WANG CHUNG (“Everybody Have Fun Tonight”, “Let’s Go”) EL DEBARGE (“Who’s Johnny” from “Short Circuit”)  GO WEST (“King of Wishful Thinking” from “Pretty Woman”, “Faithful”) HEART (“These Dreams”, “What About Love”) PATTI LABELLE (“On My Own”) KENNY LOGGINS (“Playing With The Boys” from “Top Gun”, “Avalon”) ESCAPE CLUB (“I’ll Be There”) PABLO CRUISE, GRACE SLICK, SANTANA, THE POINTER SISTERS, CHICAGO,  CLIFF RICHARD, NATALIE COLE, THE SCORPIONS, N’SYNC, OLETA ADAMS. With over 230 million records sold, Peter was labeled the second most successful Austrian musician in the last 100 years trailing only Wolfgang Amadeus Mozart. 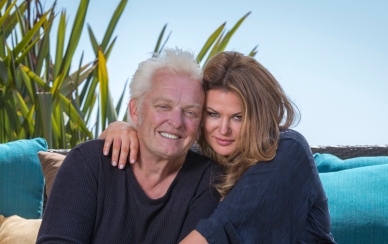 In the year 2011 Peter composed the soundtrack of the movie ” When Santa Fell To Earth” and Lea wrote the lyrics for the songs featured in the movie. Two years later they collaborated with the famous Dutch directors/Creative Artist Duo Hein Mevissen and Didi Bok for the largest Dutch insurance company. Peter and Lea wrote the song “Floating On Cloud Nine” for a series of commercials. For the last two years Peter and Lea have been working on their new Entertainment Plattform/App called WHAMSLAM (www.whamslam.com).